Impacting the Spiritual Landscape in Galati

As we approach the Fourth of July, Americans are preparing to take time to celebrate what is special about our country and the blessings that we have been given. For those of us living in Lancaster County, one of those blessings is the abundance of churches. Driving through the countryside, you can often see white steeples sticking out among the corn fields and rolling hills, sometimes two or three in near proximity. Large, non-traditional church structures also populate the landscape and add to the aura that God is at work in our region. Within these walls, no matter the architectural design, an evangelical gospel is being preached, a gospel that places great importance on a personal relationship with Jesus Christ as Savior. The priority that is given to this message in our home towns, is the greatest of blessings that we will ever know. All of us at Ten Million for Christ celebrate this life-changing good news that Jesus is the resurrection and the life!  But we want more–not just in Lancaster, but also in Romania where steeples also dot the landscape but the importance of personal salvation and reaching a lost world with the message of a personal Savior is often missing.

In this post, I want to introduce you to the county of Galati (pronounced Ga-LOTS) and its largest city with the same name. Ten Million for Christ has the longest and deepest ties in Galati, Gabriela’s home town where Jeremy led a mission team in the early 90’s. To give you an idea of its size, the population of the county is about 530,000 people of which a little less than half live in the city itself. (Lancaster County has about the same amount of people but they are squeezed into roughly half the size.)  There are more than 180 cities, towns, and villages in Galati County but only 33 have an evangelical church dedicated to reaching their communities. While the city has a handful of evangelical churches, they only comprise 1-2% of the population. Compounding the issue of impacting the city is the population exodus to more economically viable areas of the country and to Western Europe. 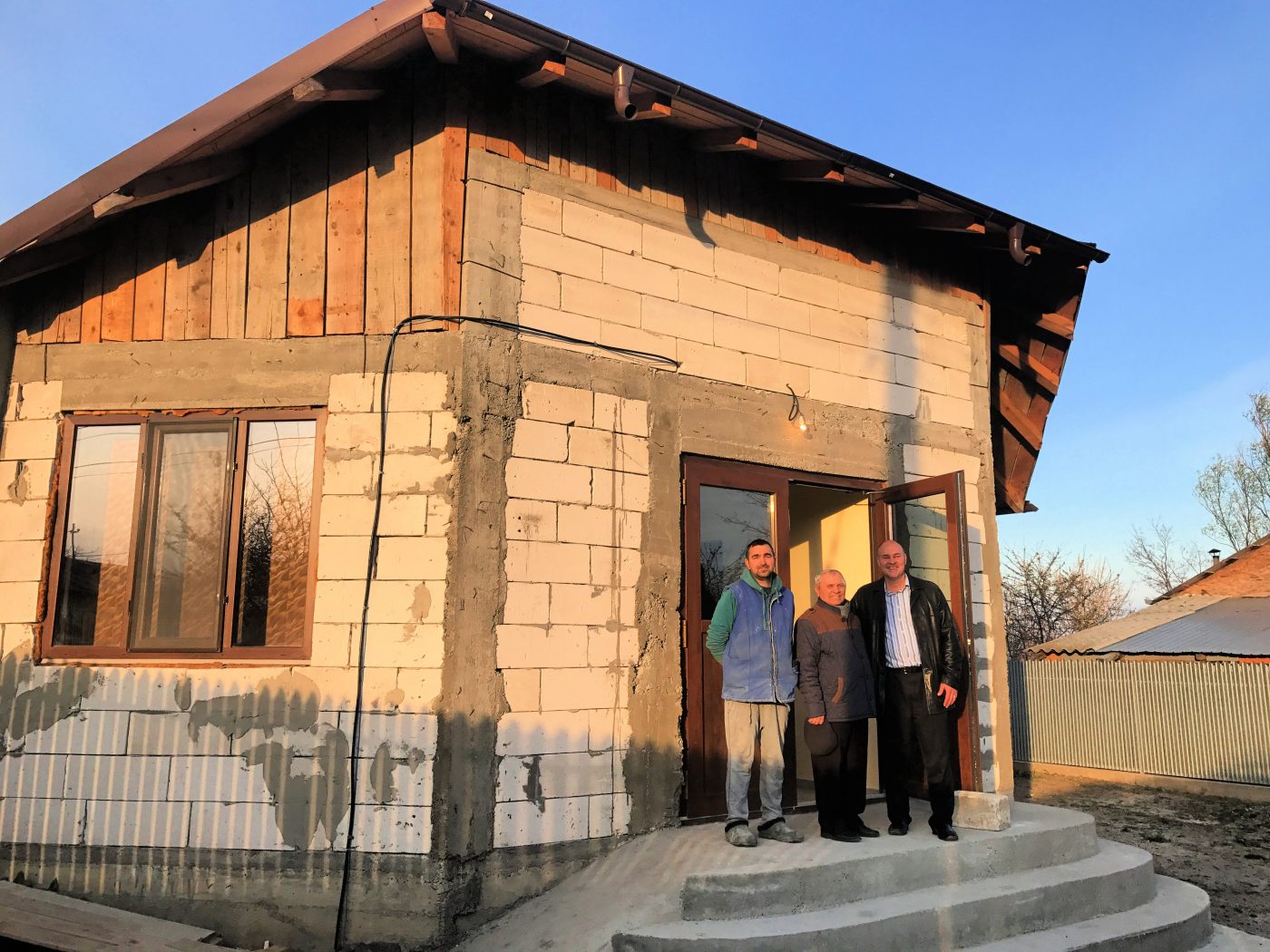 While I was in Romania with Jeremy this spring, a church planter named Brother Stefanica took us to see one of the churches he started in a village called Frumusita (froo-moo-SHEET-suh), about half an hour outside of the city. We met one of the local leaders John, who showed us the church they were constructing and let us know we were welcome to join him and the men of that congregation who were gathering later that evening for prayer as the ladies had just wrapped up their meeting when we arrived. Interestingly enough, Gabriela was part of the team that ministered to the children in this village in the late 90’s as part of the early church planting effort. Now, 20 years later, we were able to witness the fruit of their labors and be encouraged by the congregation’s devotion to prayer, commitment to reaching their community, and progress in completing their building. The story of Frumusita needs to be duplicated and then multiplied many times over throughout Galati County so that many more of the half million people of this region hear and embrace forgiveness of their sins and a personal relationship with the Savior!

Village ministry is just one of the multitude of challenges facing our brothers and sisters in Galati in changing their communities, and Ten Million for Christ is committed to helping them. Moving forward, we will build on our longstanding relationships with two key churches in the city of Galati, Holy Trinity Baptist and Emanuel Pentecostal, and partner with them to dramatically alter the spiritual landscape of their region. Our goal is not to do TMFC’s “thing” but to bring our vision of building evangelistic teams alongside their vision of regional impact and seek revival together. We will encourage leaders of local churches, bolster their efforts, bring our ideas and energy, and go after it together.

Just last weekend, the churches in Galati sponsored an evangelistic event which Ten Million for Christ was able to participate in as well through helping them advertise in various forms of media. Later this summer Jeremy and Keith Yoder, TMFC’s board president, will be investing two weeks in Romania as they minister in four Romania cities and share our vision for building teams that will be agents of evangelism and revival in their regions. Please pray for them as they meet with church leaders and every person they encounter. Pray that the Holy Spirit will give us favor in building partnerships. Pray that we are an encouragement so that our brothers and sisters will have greater faith and strength for the task that seems so overwhelming. And pray for revival in Romania so that thousands and then millions of lives are changed forever because of Jesus!