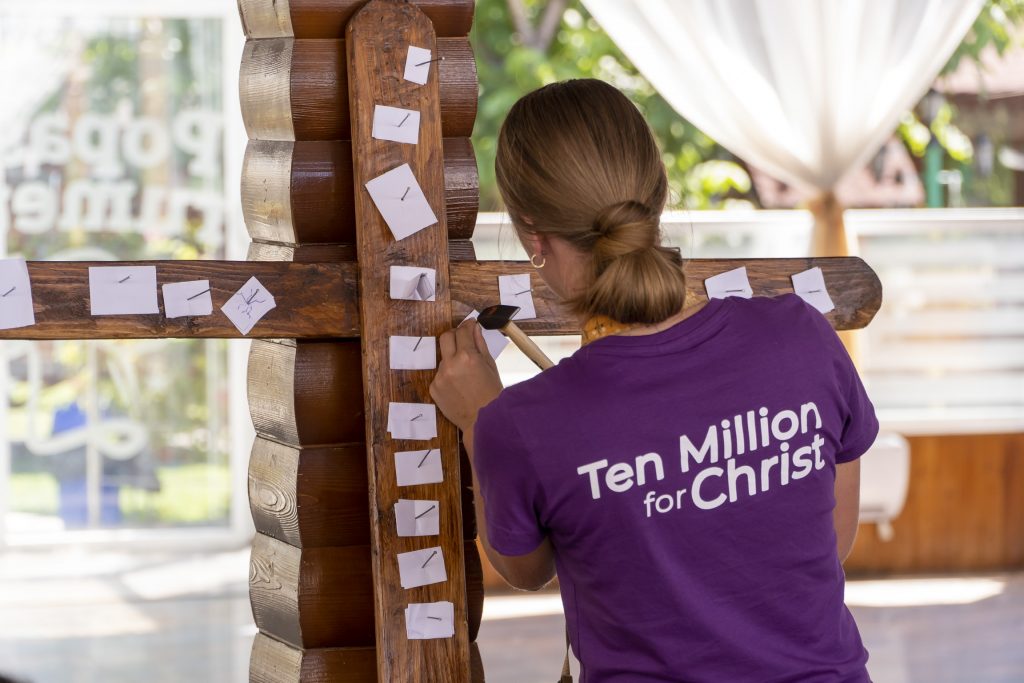 Ten Million for Christ hosted our second English Bible Camp in Galati, Romania, July 12-15.  With the combined effort of our Romanian and US teams and through the Lord’s strength, we welcomed over 140 children ages 9-15. Approximately 80 of the children were from unchurched families!

This year’s US team was the largest group we have taken to Romania. Jeremy and his two youngest children were joined by a team of young adults and leaders from Petra Church that also included TMFC staff Gerry and Tiffany Blitz and Andrew Zeiset. (Pictured below: The TMFC team with the Petra young adult team.) 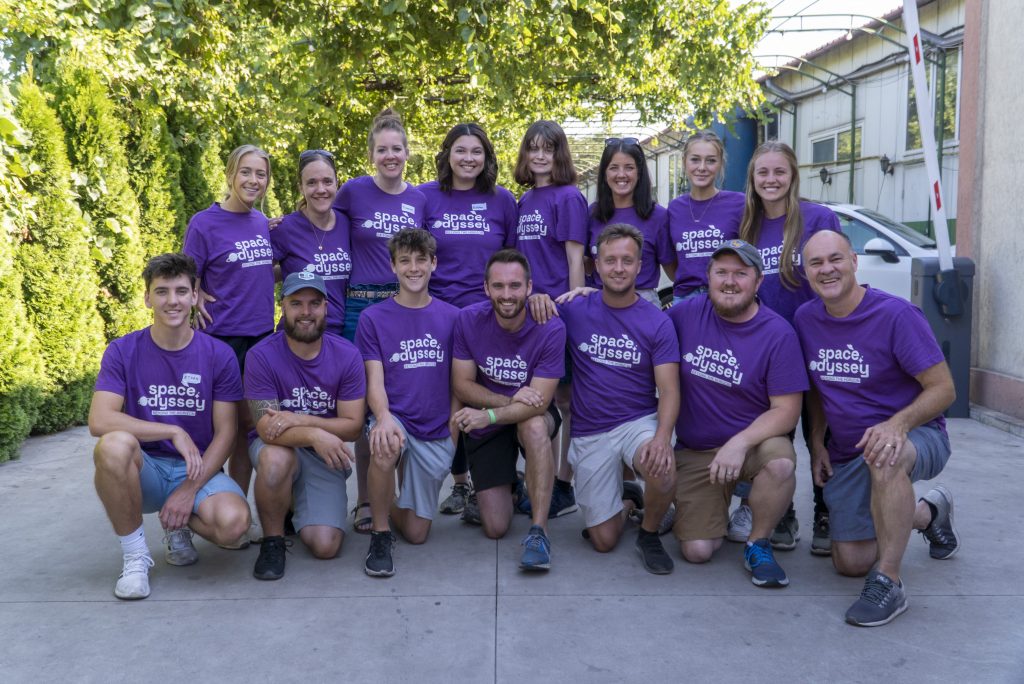 We saw God prepare the way before us as He brought together a dedicated group of volunteer leaders to plan and host the camp. (Volunteer team pictured below)  Led by our TMFC Galati team leaders, Eugen and Nicoleta, almost 50 Romanian volunteers helped make the camp a wonderful, God-honoring event! 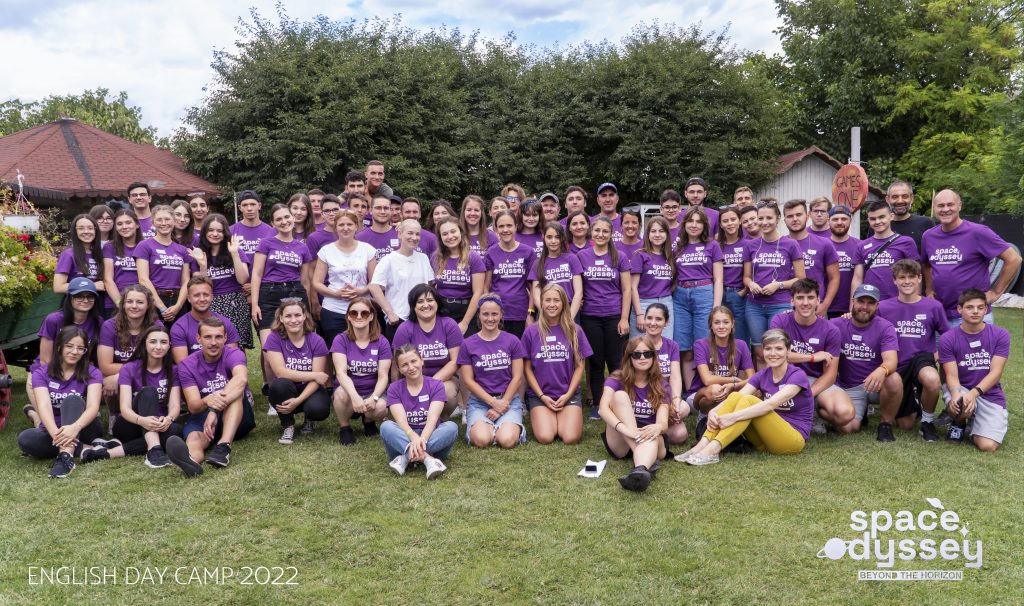 On the first day, there were two young girls who were dropped off by their mother. The mom stuck around for a little bit before going home. She came back at lunch with the intention of taking the girls home. She told them, “We are leaving because they are teaching the Bible and how to pray here.” (Sad to say, the communist era lies about Bible believing Christians still persist.) The daughters’ response was touching. They simply said, “We don’t want to go. We are staying because we want to be here!” The mom relented and let them stay. I believe the sweetness of the Lord, expressed through the smiling faces of our friendly volunteers drew them to stay! May Holy Spirit continue to attract all of the children into his presence. 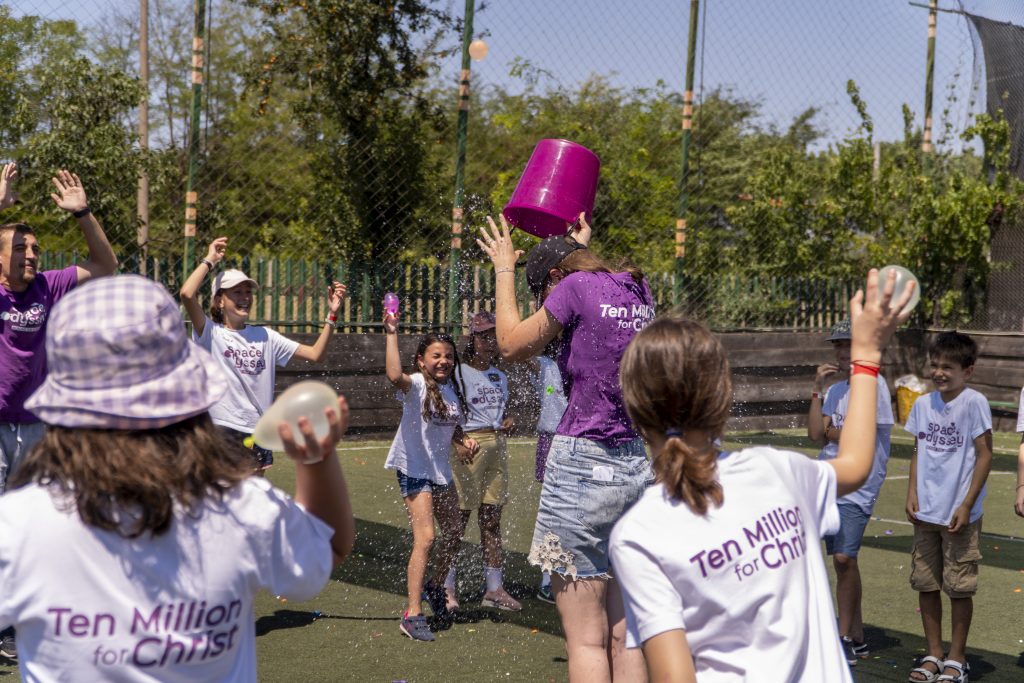 It was amazing to see lives touched by the love of Jesus! Many children heard the gospel for the first time. Holy Spirit did a work in the lives of many, bringing tears, repentance, and confessions of faith! 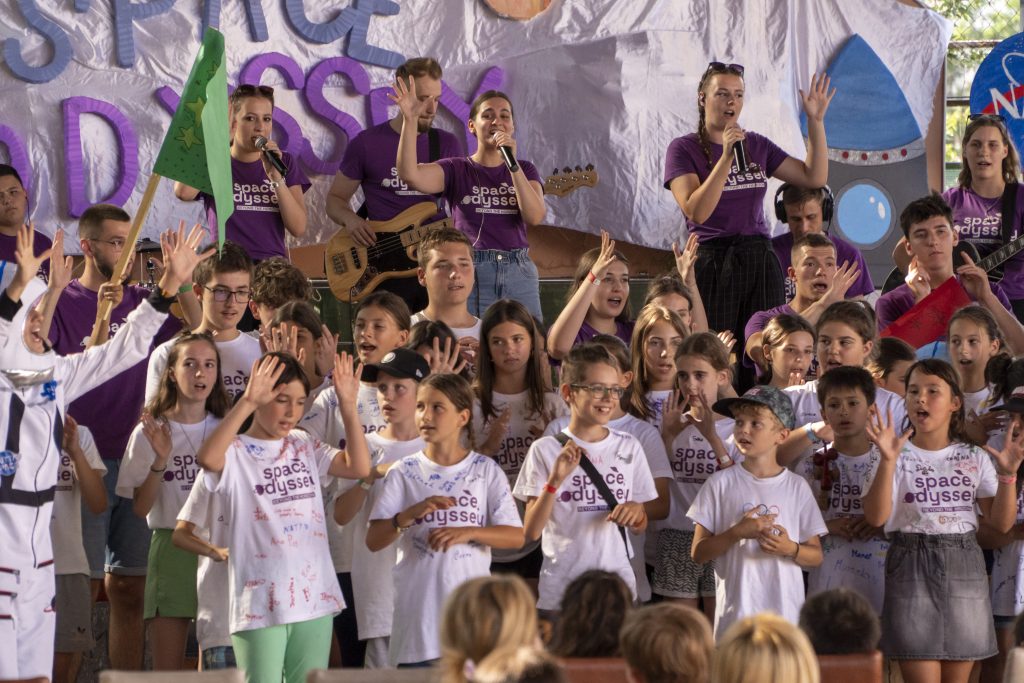 On the last day, during the final assembly, Jeremy shared his testimony of submitting his life to Jesus at the age of eight and challenged the children to do the same. After four days of building to this point, the atmosphere was intense. Jeremy asked those who wanted to give their life to Christ to stand up. About half of the children rose to their feet.

One of them was a young boy that befriended Andrew Zeiset. Prior to camp, this child had never heard the gospel. While sitting in his seat holding Andrew’s hand, he stood up in response to the invitation and then turned to Andrew with excitement and said, “Andrew, don’t you want to stand up too?” Andrew of course stood up and witnessed that holy moment as little David invited Jesus into his life.  After the prayer, David shared excitedly with Andrew, “I saw fireworks!”

Praise God for the many children who gave their hearts to him! The Kingdom of God grew in Galati that week! What an honor to have our fingerprints on some of the lives he brought into His family! (Pictured below: Parents, students, and volunteers as the closing celebration.) 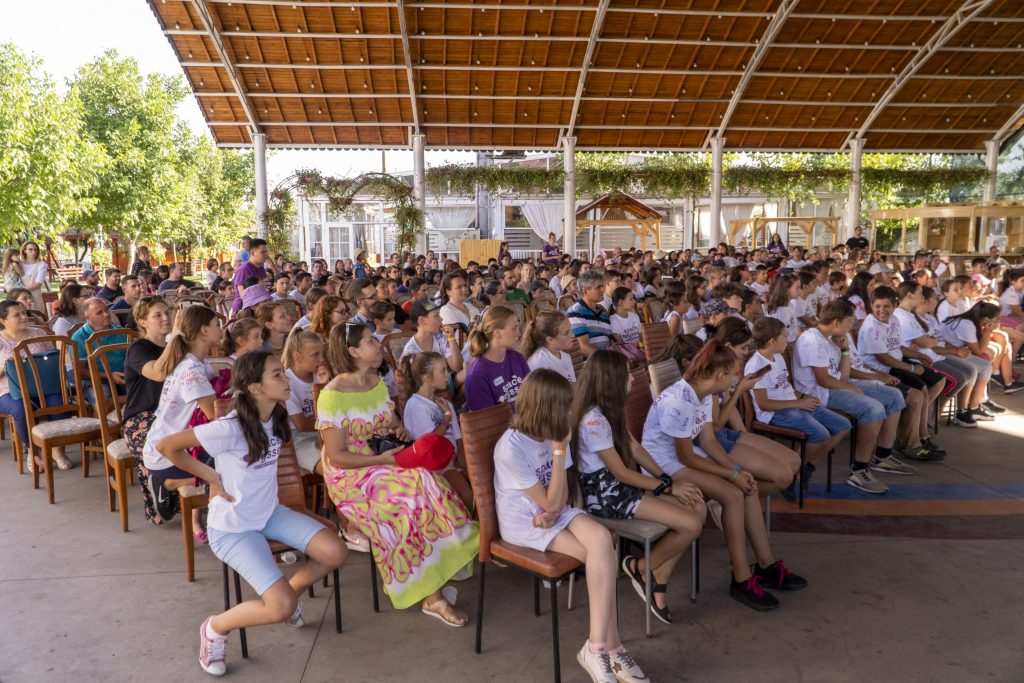 Thank you to the many people who made this possible through their prayers and financial support. We would like to thank Petra Church not only for preparing a team of young adults to go but also investing their VBS offering into the growth of this camp! Thank you also to the Shady Maple Foundation for supporting this evangelistic outreach. Thank you to the Petra team members who not only did the hard work of raising funds to go, but also selflessly served!

Galati and Braila, “Romania’s twin cities” as Jeremy likes to call them, have many similarities geographically and culturally, and next year, we hope each city will host their own English Bible Camp!

Pastors from each of these cities joined us at the camp to observe the activities, enjoy the excitement, and share lunch together. The pastors from Galati were able to witness firsthand the enthusiasm that the camp was generating in the lives of the pre-teens from their churches while the pastors from Braila enjoyed their first-time visit in the context of “Could we host a similar camp next year?” 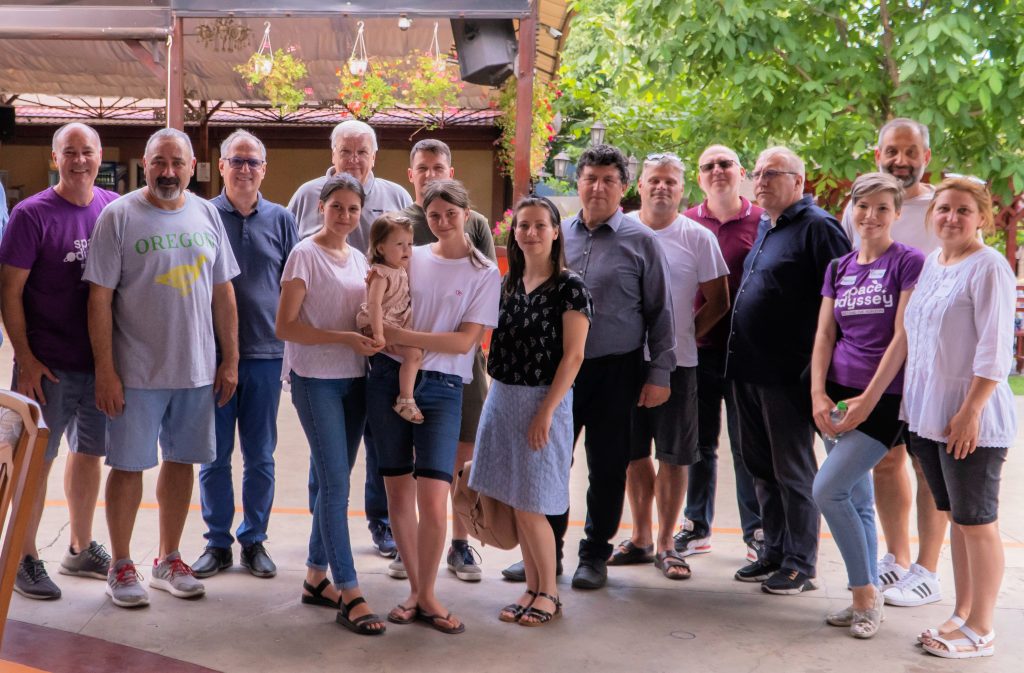 We have discovered that this camp is meeting a real need in ministering to a specific age group in the next generation that is oftentimes overlooked. The “English bonus” is drawing families who otherwise might be hesitant to engage in a camp hosted by evangelical churches. In addition, the opportunity for churches to unite around a common event, engage volunteers, train leaders, and share the gospel with their city holds enormous potential for a win-win-win scenario!

With this Kingdom-building strategy in mind, TMFC is tackling the challenge of multiplying the camp into the neighboring city of Braila. This fall, we will be inviting three churches, Metanoia, Holy Trinity, and Golgota, to join forces, cast the vision to their people, and begin making plans for the first English Bible Camp in Braila in the summer of 2023.

Pray for Eugen and Nicoleta Iordache, who along with Gerry and Jeremy, will play a huge role in leading the charge. Pray that a new city, new churches, new leaders, and new children will be impacted by this new ministry—”English Bible Camp – Braila 2023!”

Enjoy some additional pictures from the trip