Romania will Never be the Same

“Jesus went throughout Galilee . . . preaching the good news of the kingdom” Matthew 4:23 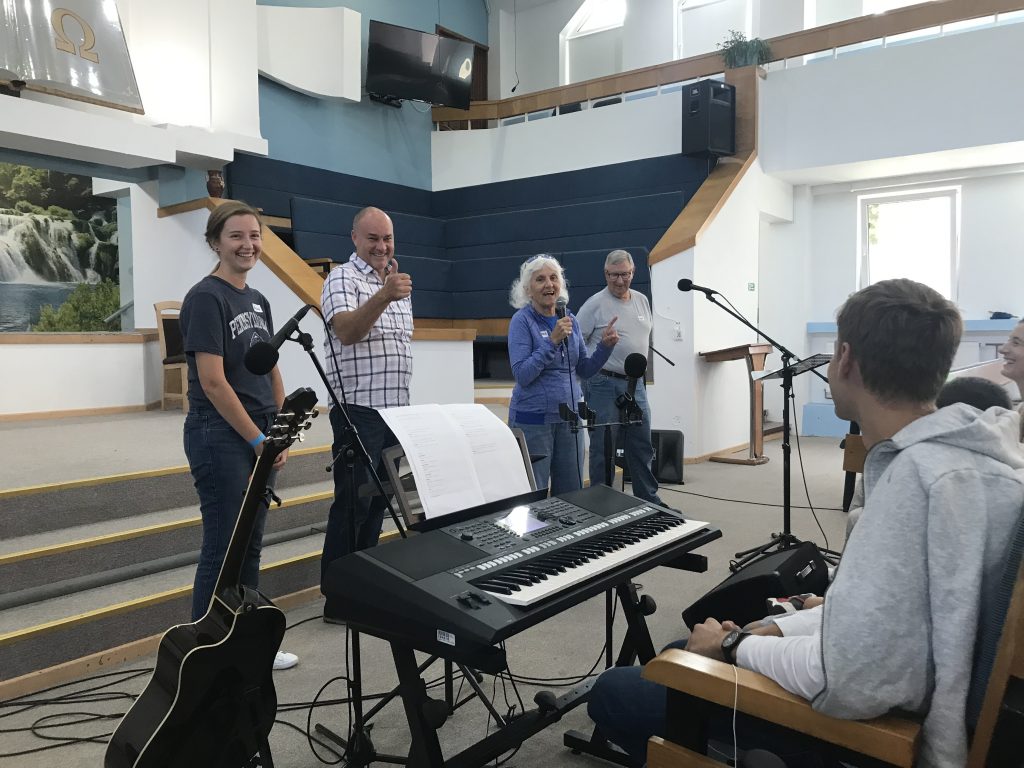 Ten Million for Christ sent out its first E-Team – Evangelism Team – led by Executive Director Jeremy Leaman, from September 8-20. The team of four, Alyssa, Mike, Theresa, and Jeremy, traveled from Bucharest to Galati to Baru and then to Cluj-Napoca training believers in evangelism and taking groups out on the streets to share the good news. Many gospel seeds were planted and six people prayed to receive Christ as their Savior!  Whenever possible, local believers will be following up with the contacts that were made to help these new friends move towards faith in Jesus!

After our first outreach with seven teams on the streets of Galati and along the Danube River walk, the participants agreed: “Galati will never be the same again!” As we rejoiced in what God had done in bringing us to people, listening to their stories and sharing the Gospel with many, everyone felt the excitement that obeying the Great Commission brings. 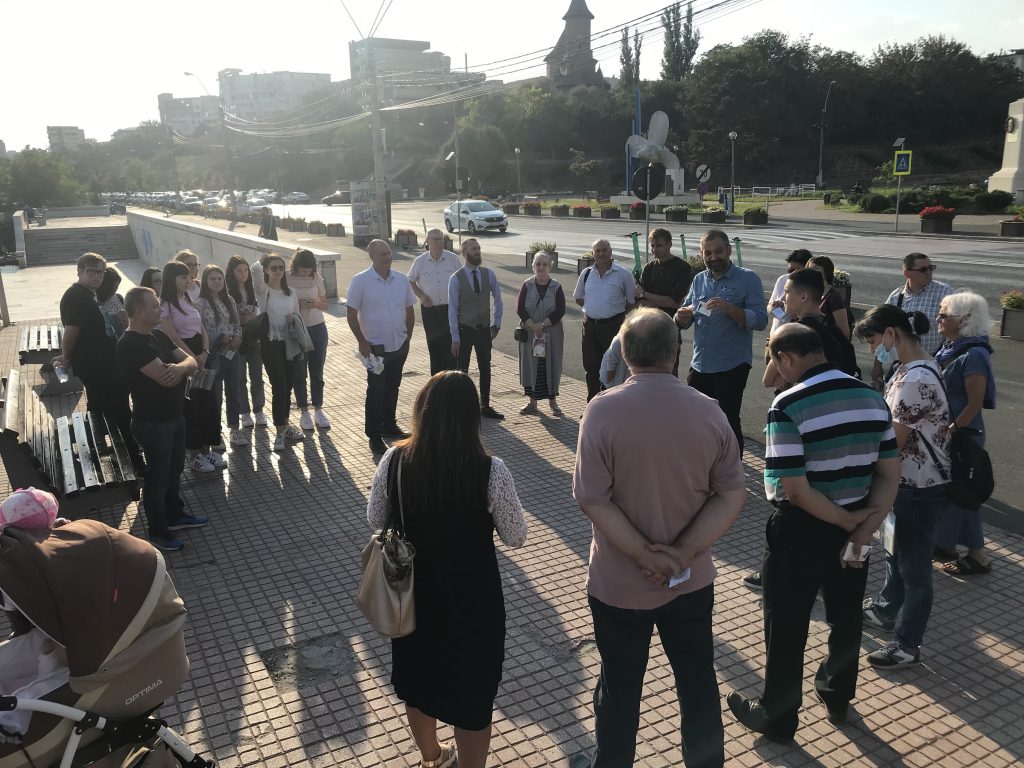 Like Jesus, some of the amazing gospel adventures happened as we moved from place to place. For example, as we were leaving Galati, we stopped at a carwash. A young man living in the UK was there also. He said he had driven nearly 2,000 miles to attend his grandfather’s funeral. He was upset that after such a drive, he missed the funeral! His heart was broken. We told him of God’s love, wept with and prayed for him. Jeremy shared the gospel and Jesus’ love. We watched the tension leave his face. It was a critical moment in his life, and we knew God had brought us to that spot at just that moment.

The second English Camp for students from grades 5-9 was an all-day event hosted in partnership with the seven evangelical churches in the Galati area. The first camp was held in July and many children returned for this second camp. Over 30 volunteers – adults and high schoolers – helped with games, crafts, English classes, and worship. Laughter, fun and new friendships formed among believers and those not churched.

In Baru, eleven children live at the House of Hope with house parents. It felt like an early Christmas when we had lunch with the children and gave gifts of notebooks, rulers, flashlights, a soccer ball and very special hand-crocheted sheep key chains made by Alyssa. 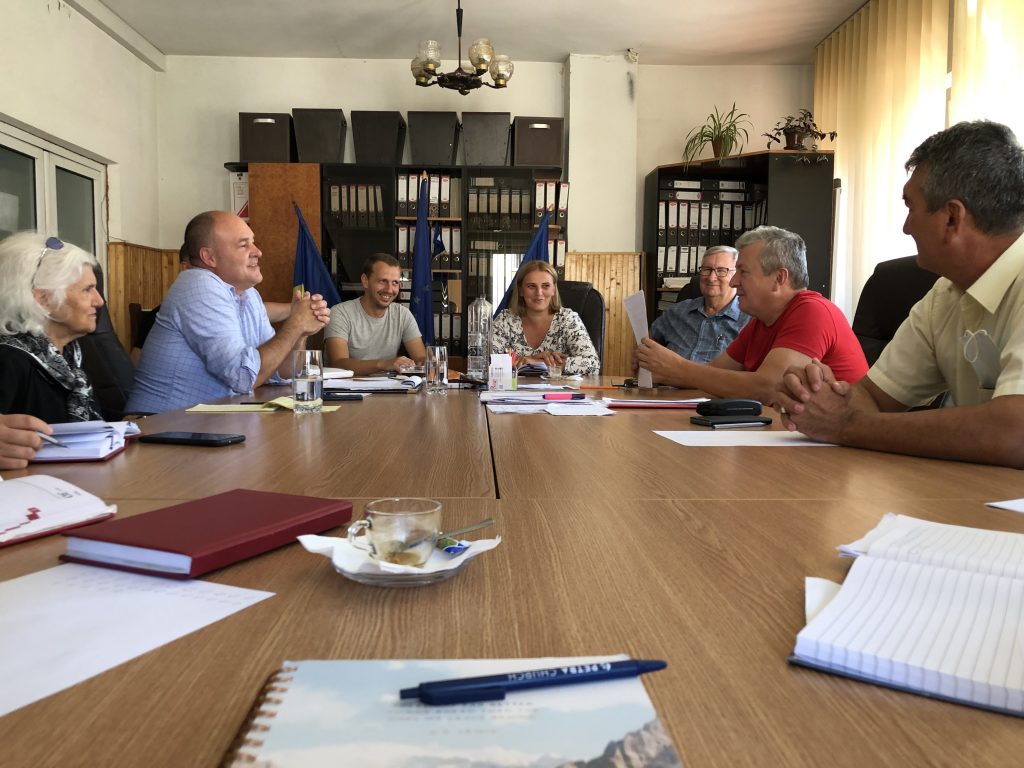 We also had a special leadership & team development session in Baru with the mayor and his staff. Jeremy and Theresa shared four principals on strengthening your team’s performance. A time of strong interaction followed. 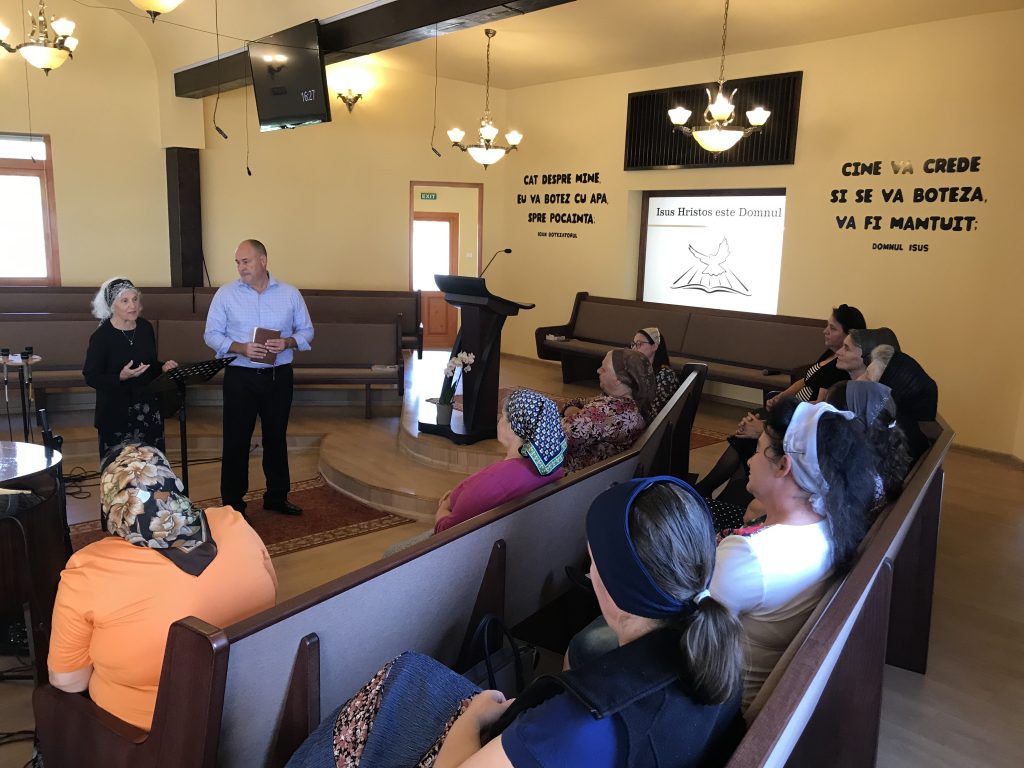 Theresa and Alyssa shared at women’s meetings in churches in each of the three cities the team visited. Many came forward for prayer for empowering to share the Gospel. They asked for boldness in the Holy Spirit to share Jesus with their families and friends. They asked to be delivered from fear and to be free and not ashamed of the Gospel.  One asked prayer for a ministry among trafficked women which God had given her a vision for. The power of the Spirit was present and there were tears of thanksgiving and hope.

Our breakfast hostess in the Cluj hotel had read the gospel tract which Jeremy gave her on our first day there. On our last morning there, she came to us beaming and holding the tract. She said, “I love this prayer in the back! I read it over and over again.”  She prayed to receive Jesus, and we had the joy of embracing our new sister in the Lord.

In Cluj, we met two young women sitting on a park bench during one of the street outreaches. Like so many in Romania they had been raised in a traditional church, but they had many questions about free will, the Holy Spirit, and salvation. “How do you have a personal relationship with God?” they asked. We answered many of their questions, got contact information and a local evangelist is following up with the women. That same evening one of the pastors from the YWAM church encountered three young people who were open to his sharing. He has invited them to his home for further discussion and fellowship. Pray for each of these precious people. After each outreach, the local believers said, “We want to do this regularly. Thank you for coming to help us.” 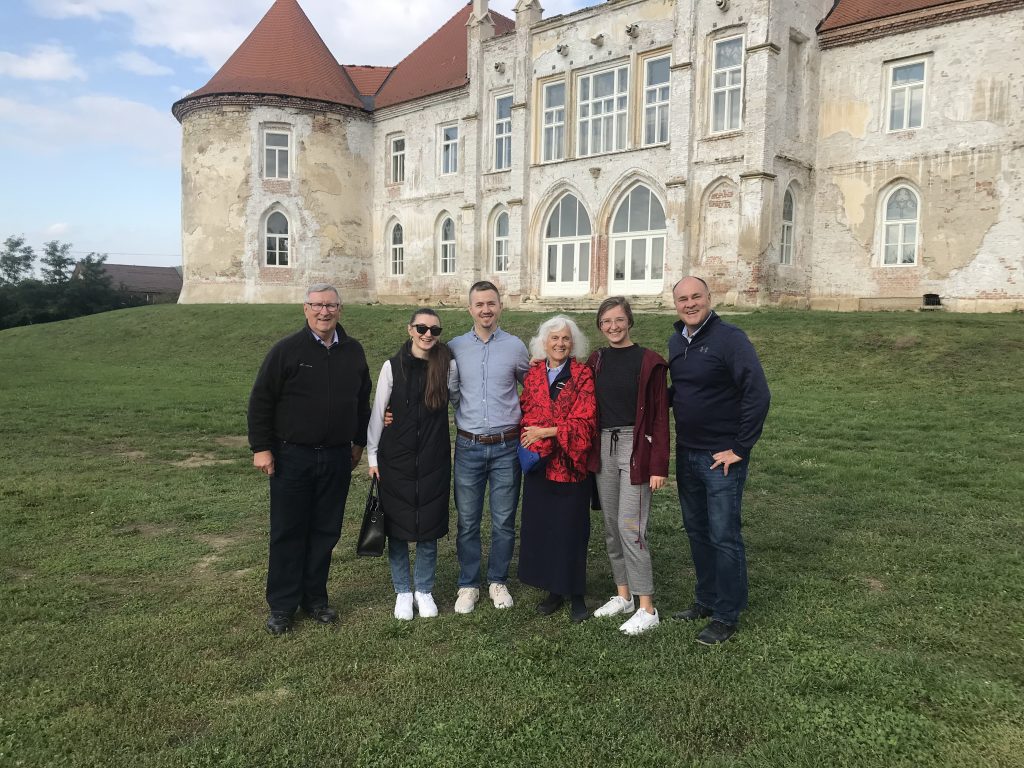 Mike had a word from the beginning that God had prepared “a special event” during our time in Romania. So many blessings came all along the way that we asked, “Is this it?”  But on the last night, we were invited to a village outside of Cluj to the home of a family of a young couple we had met. Both sets of parents were there and the table was filled with delicious traditional Romanian food prepared by the “mamas.” For almost three hours we had the privilege of sharing our testimonies and the Gospel with this family. The biggest issue was “Are you saved by works or by faith?”  By the end of the evening, we knew that this was the “special event” that God had planned. Jeremy clearly set forth the Gospel – in Romanian – and each person listened intently to his words. Pray for this family.

Pray for each of the pastors and leaders who so graciously hosted us in Galati, Baru and Cluj. The fellowship with TMFC Romanian partners was rich and warm. We pray the E-Team was an encouragement to each of them.